ScreenX: Which Type of Movies Look Terrible in ScreenX Format? 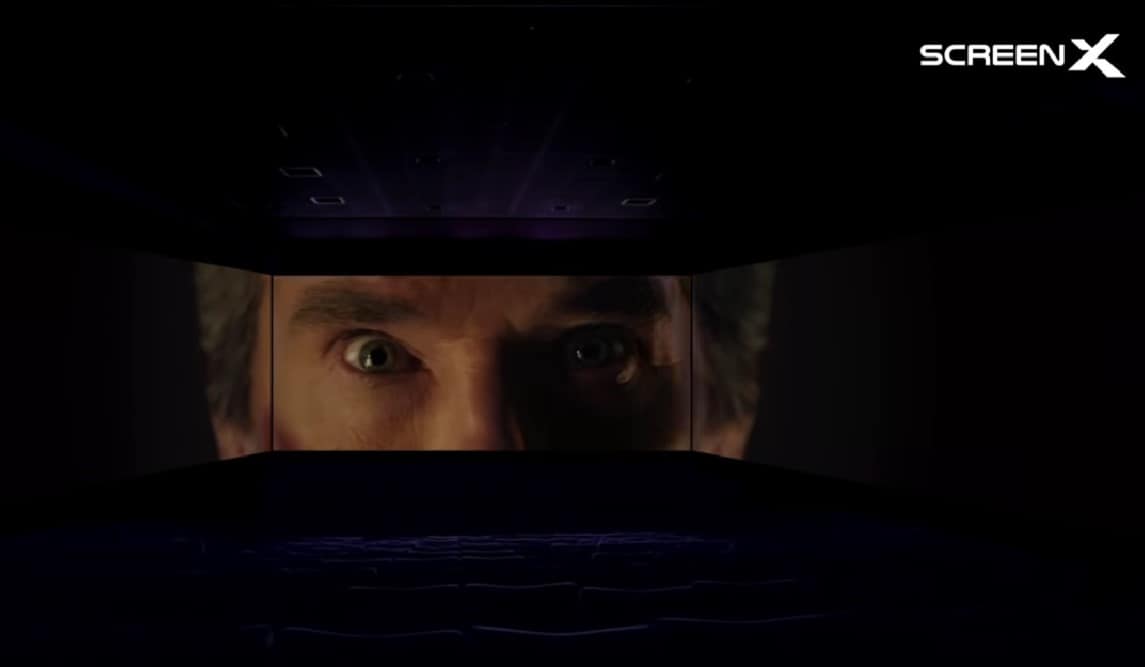 Immersion is one of the cinema industry’s favorite buzzwords, and ScreenX is the latest tech to try and deliver it to the filmgoing public, for a handsome ticket premium, naturally.

ScreenX first launched globally in 2015, and has become a top competitor with the likes of IMAX and RPX, so what makes ScreenX stand out?

ScreenX is a panoramic film format which presents films with an expanded, dual-sided, 270-degree screen projected on the walls in a theater. The technology creates an entire world of sights and sounds for the viewer, allowing aspects of a film to be seen in every frame of the original cut.

ScreenX is an unforgettable film-going experience, but some people may find it hard to distinguish between IMAX. In this guide, I will tell you everything you need to know about ScreenX: what it is, how it works and whether it’s worth paying extra for. We will also take a look at how ScreenX compares to IMAX.

Between 3D, IMAX, D-BOX, 4DX, and more, a modern cinema trip is filled with attempts to persuade you to pay a little extra for some sort of premium experience –usually sold as being more immersive than a regular cinema screen.

ScreenX uses five projectors to expand the film beyond the main screen, projecting it onto the two side walls as well –extending all the way to the back of the auditorium –so that even your peripheral vision is absorbed in whatever’s happening on screen. To achieve the trick, the side walls are lined in a special fabric to match the main screen, while two projectors are used for each wall to display the image.

You won’t have to keep turning to watch the action though, as the side walls are essentially just used for extra footage to extend the scene. The main screen still plays the film exactly as usual, with additional footage–shot with a special ScreenX camera rig–used to show off the surroundings a little more.

That means not every film can be seen in ScreenX, as they really need to be made with the technology in mind. Predictably, that also means it’ll mostly be blockbusters and horror films that get the treatment since these are typically the types of films that are made for immersive experiences such as this.

ScreenX uses five different projectors to expand the film image beyond the main screen, and is capable of extending it all the way to the very back of the auditorium so that even your peripheral vision is absorbed into the action on the screen. The theater’s side walls are lined with a special fabric that matches the composition of the main screen and make it look seamless as you watch the movie.

The theater’s architecture is a big part of how convincing the technology is. If a theater has a fire exit with the accompanying glowing sign stuck in the middle of a scene, it’s going to dilute the believability that you are viewing something otherworldly in the mostly genre films that technology like ScreenX was designed for.

So, how does ScreenX stack up against IMAX?

As the name indicates, IMAX has the biggest theater screen at 75 feet in height. In some countries, an IMAX theater even provides a 117 feet tall screen.

You can enjoy the same realistic movie experience from any corner of the cinema hall. The screen is curved in the middle and intended to focus on the middle part.

The display covers the whole wall and leaves no space for distraction. The image is brighter and clear even if you are wearing 3D glasses.

The image seems to move out of the screen and seems to approach you. So, you get shocked and frightened while watching the movies.

In contrast, the ScreenX screen is much rounder and concave, so you can watch the screen from any angle and it does not affect the quality.

The screen is not as bright as IMAX, but it is still wonderful. Like IMAX, ScreenX pictures also seem to approach you like they are projecting out of the screen.

In addition, you also experience the environmental effects going on in the movie. They are created in the theater such as mist, snow, fog, wind, and many more.

IMAX is the abbreviation of “Image Maximum”. So, it gives you an excellent movie experience with its laser projection technology.

An IMAX theater displays immensely tall pictures. The brightness and color accuracy of the display is quite impressive.

While ScreenX is tantamount to literally entering the world of the film. You just do not watch pictures, you see life in a ScreenX cinema.

The scenes are so lively that you are frightened when a lion leaps on the screen, a bomb blasts, or water splashes. It incorporates multi-sensory 21 different signature effects.

So, a ScreenX movie overcomes all of your senses. The ‘signature effects’ make your seat run while the car chase scene is being played on the screen.

Mist and fog prevail in the room when such a scene is played and you feel the wind when the characters fly.

The movie experience is further enhanced by playing the movie in one single go, without any break. But, these effects also have disadvantages.

Sometimes, you cannot understand the dialogues clearly due to immense motion effects. Especially if you are viewing a ScreenX movie for the first time, you may get puzzled.

In fact, the seats in a ScreenX theater are designed to give you a multisensory experience. It captures your senses and you feel every second of the movie. Everything seems to happen live in front of you. This technology uses 21 different types of signature effects, which really comes alive with the motion seats that can vibrate and spin to give you a real movie experience.

The seats are equipped with a wide range of speed control mechanisms. Nevertheless, it may be annoying and distracting for some movie lovers.

On the other hand, an IMAX theater gives you a 3-dimensional movie effect. A flat screen with a huge spherical dome is designed to provide a real video effect. The pictures are displayed on giant walls and the audience feels immersed in the scene. It uses dual laser projectors; one horizontal and the other vertical.

Both images combine to produce a 3-dimensional effect. In a 4DX cinema, you experience sudden seat movements. If you are not used to it, you are likely to get a headache and backache. Moreover, you feel tired.

A ScreenX cinema does not allow you to take hot drinks with you while some of them even do not allow beverages. Due to sudden and continual seat movements, you cannot eat popcorn peacefully. The rain feels just like mist and does not soak you. While the wind puffs cool, the environment is better in summer overall. The sharp air puffs from behind may feel unpleasant to you. While the push effects feel like a kid is kicking your seat.

Some moviegoers love these effects. While others find it quite silly and unpleasant. We don’t recommend a ScreenX theater for watching longer movies.

ScreenX claims to provide an immersive movie effect. But, in fact, it is distracting and takes you away from the scenes.

ScreenX technology is mostly applied to feature films such as Hollywood and blockbusters movies. In addition, this technology is also used in local films, concerts, and commercials.

ScreenX has screened about 700 films and it is available in more than 65 countries. Worldwide, 731 auditoriums and 82,500 seats of ScreenX are available.

Till now, 76 million movie lovers have enjoyed ScreenX movies. There are around 1500 IMAX cinemas in 80 countries around the world.

It is easily accessible to the audience and costs less. Further, IMAX technology is also used in home theaters, stadiums, auditoriums, and concerts.

Because there is no intermission while watching a movie in a ScreenX theater. On the contrary, IMAX allows you to take a break and relax. It is preferred for watching movies of longer durations. IMAX is an excellent choice to watch movies in rich and accurate colors where greater focus is put on settings and scenes instead of the actions.

After all, the story is more important in spy movies.

So, IMAX is better to watch such movies which focus on story and emotions and have complicated plots. However, ScreenX is better for watching action movies like “Fast and Furious”. You will also love to watch a horror movie in a ScreenX theater as it will make the fear real.

Comedy and adventure movies are also worth watching on ScreenX. You can also decide between two theaters after watching the trailer of the movie on YouTube. If IMAX is offering extra features, you should go for it.

Generally speaking, IMAX is good for watching all sorts of movies. But, ScreenX may ruin your watching experience for certain types of movies.