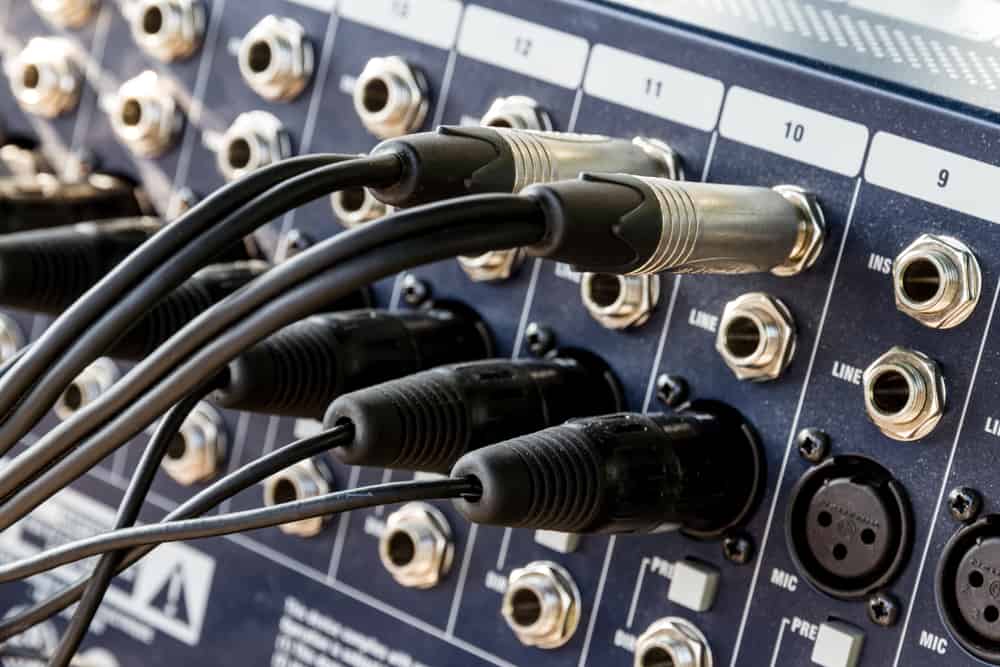 If you love listening to music or watching movies, you may have noticed that some speakers or sound systems sound differently and wondered why. Well, the difference is due to different sound systems.

Monophonic, or mono sound, is a sound system where all audio signals are mixed and routed together through one audio channel for playback. The term “mono” comes from the fact that the sound format uses a single audio channel.

For example, if you’re listening to mono audio through headphones, you’ll notice that whatever you’re hearing in the right earbud is exactly what you’re hearing on the left earbud. This is because the headphones are playing back a single channel audio file and similar sound is channeled into both earbuds. Everything will sound like it is being dispersed through both earbuds.

Monophonic systems can have multiple speakers that are separated widely. A monophonic signal contains no arrival time and level information that would stimulate or replicate directional cues.

The most common types of monophonic sound include mono split clusters systems, distributed speaker systems, and single-channel center clusters. Mono systems can also be full-fidelity and full-bandwidth and can reinforce music and voice effects.

Although sound systems such as stereophonic and surround sound are more widely used today, there’re some distinct advantages of monophonic sound. The most notable advantage of mono sound is that everyone hears the same sound signal, especially where the sound system is poorly designed. All listeners hear the same sound level. This makes well-designed monophonic systems suitable for speech reinforcement since they offer excellent speech intelligibility.

As such, mono sound is more preferred for public speeches than stereophonic and surround sound. Also, if you love listening to older music recordings, it is best to invest in a mono version of the music since artists in the early days focused on mono mixes. The monophonic sound is also less expensive for reproduction and recording than stereophonic and surrounds sound. It is also easy to record using monophonic sound for it requires very basic equipment.

One of the main limitations of mono sound is that it lacks sound perspective. It’s not possible to know whether or not a certain sound has been recorded from a distance. Also, films that use mono sound don’t offer much impact like the films recorded using stereophonic and surround sound.

Stereophonic sound, also known as stereo, is usually created by two independent speakers or audio channels. Reproduced signals have a specific phase and level related to each other such that when the sound is played through a reproduction system, there’s an image of the original source of the sound.

Hence, stereophonic sound has a sense of direction since the sound can be clearly heard from different directions. Sound reproduction in stereo creates illusions of audible signals from multiple directions. In stereo, audible signals are usually routed through at least two channels to stimulate direction or depth perception like in the real world.

The main advantage of stereophonic sound is that it provides sound perspective. It gives an idea of the direction from which a sound signal is coming or how the sound has been recorded. Stereo offers a better experience when listening to films or songs. It also allows for multi-track recordings.

It also requires technical skills and knowledge to record using stereo. The equipment used in stereo is also more complex than those used in mono sound.

Surround sound, also known as multi-channel sound, is usually created by four to seven independent speakers or audio channels placed behind or in front of a listener such that the listener is surrounded by sound. As such, surround sound is usually seen as a playback experience and mixing process.

For instance, a sound engineer in a studio can take multiple monophonic and stereophonic audio sounds and mix them to create surround sound. The surround mix created can be played back through surround speaker systems.

Surround sound is mostly used in home theaters and cinemas for enhanced movie and gaming experiences.

Upon reading through this article, it’s clear that monophonic, stereophonic, and surround sound have their own differences. Each type of sound has its own set of advantages and an equal measure of limitations. The type of sound system you would choose would thereby depend on the kind of application needed.

On the same note, a surround sound system would give you the best movie or gaming experience.