How to Get Rid of Static Noise in Car Audio Speakers

So, your car speakers are producing static and crackling sounds? Actually, there is nothing more annoying than expecting to a crisp and satisfying music from your car stereo only to hear static coming out of the speakers. Usually, sound is sent to the car speakers using wires with electrical signals, which can be easily distorted by other signals from electrical devices like power lines. 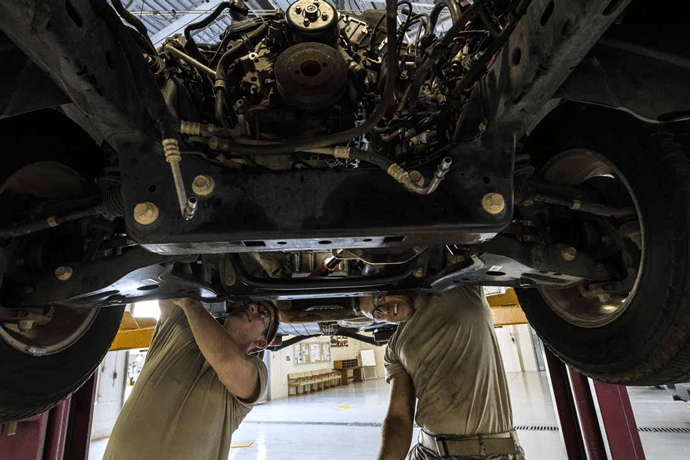 The issue is that anything that is capable of generating an electrical field can cause unwanted noise into a car audio system. Apparently, there are numerous things in a car that can generate electrical fields, ranging from the windshield wiper motor, to alternator and to the actual sound components constituting the sound system. They generate different types and levels of static noise. While it may be possible to identify and fix a noise source of a car audio system, the process requires some real work and possibly some amount of money. The following is a guide on how to get rid of static noise from your car speakers.

Step #1: Track down the source of the static noise

The first step to solving the problem is by identifying the cause. Apparently, there are various reasons that can causes the static including signal degradation as a result of RF interference, mainly due to unshielded antenna cable or a wire close to the antenna putting out electromagnetic(EM) interference. Sometimes, the problem may be with the radio or accessories like the built-in CD player. To find out the problem, you need to first turn on your head unit and then set it so that you can hear the static noise.

RCA patch cables connected to the car audio components are capable of picking static noise. For you to test this, you need to detach the cables from your amplifier. Then, insert either side of the spare patch cable into the left and right input jacks of your amp. Turn on both the engine and the audio system. If the noise disappears, reconnect the cables to the amp and disconnect it from the receiver. If you still hear the noise, then it is your patch cables that are picking up the static noise. To fix this, try re-routing the cables and separate them from the power cable by at least 18-inches. You may have to purchase new brand of patch cables. Most motorists tend to use cheaper RCA cables for connecting their components. Inexpensive RCA cables does not have insulation or necessary conductivity for deflecting noise in a metallic body of a high conductive vehicle. Apparently, the amount of static noise received by your car largely depends on the loop area’s size. The loop area is the distance between the noise center conductor and the outer shield times the length of the cable. You may consider replacing your cable with one featuring a twisted pair design. This gives you a smaller loop area hence less noise.

If the noise is not originating from the patch cables, then probably it is coming through the antenna. Plug the patch cables back in the amp and then unplug your system antenna. If the noise fades away, then try installing antenna noise suppressor, which filters the in-line between the receiver and the antenna thus breaking the existing ground between them. If the noise persist even after unplugging the antenna, the static noise may be originating in via the amps main power cable and you need to purchase a thicker cable.​

Step #3: Pull the receiver from the dashboard while playing a CD or tape

Step #4: Turn off your car sound system and then disconnect the speaker wires from the amplifiers

In most cases, static noise comes through the speaker wires. To test the wires, turn off the system and then disconnect the speaker wires from the amplifiers. Now, start your car. If the noise still persist, then it is probably its being radiated into the wires. Then, re-position the wires or shield them using Mu-metal foil wrapping. Also, check to ensure that the speaker wires are firmly fitted and there is no breaks in the wire line or are lying near power cables or high frequency lines.

Step #5: Check on your alternator and car battery

If you try fixing the wires but the noise is still there, then the problem could be rising from the vehicle’s electrical system. In this case, all you need to do is feel your car battery with fluid. If this fails to work out, then consider contacting a mechanic to check on the alternator and the battery. If the vehicle is old and has not been turned for a long period of time, then there is high chances that the static noise is resulting from ignition.

This is normally a tickling noise that varies in speed with acceleration. You need to tune-up with shielded carbon-core spark plug wires, resistor-type spark plugs coil and distributor cap. If the static noise is still there, then there could be a problem with your car ignition system as far as grounding is concerned. Poor grounding broadcasts ticks to other items like the hood, air conditioner and the exhaust system. Try grounding one of the under-wood components and see of the noise is eliminated.​

If the problem is related to the engine noise, then you will hear clicking or whining sound emerging from the speakers. If you establish that the noise only emerge when the engine is on and the noise pitch changes along the engine’s RPM, then probably the problem is on your alternator. The pitch usually varies with the speed of the engine. Usually, most static noise emerges as a result of poor grounding. You need to ensure that the ground wire is firmly connected to the bare metal in case of a static noise.

Also Read: How to Fix Popping and Crackling Noise in External Computer Speakers

Sometimes, this kind of static noise in car speakers can be fixed by installing a noise filter. You can also consider isolating your car amplifier from the car chassis by mounting on the dashboard or using feet or rubber grommets. If that fails, try using different type of patch cables. If the noise is persistent regardless of the engine running or not, then you need to identify the other audio sources that could be causing the noise. Adding Sound Deadening Materials in Your Car can also help you to get rid of those noises.

7 Steps to Build a Good Sound System For Your Car
How To Install a Ground Loop Isolator For Your Car
Single DIN vs Double DIN Head Unit: What’s The Difference?
Best Bluetooth Car Kit in 2023: Review & Comparisons
How To Set Crossover Frequency For Car Audio System
Guide to Car Speaker Sizes: Which One Works For You?
Best Car Speakers for Bass in 2023 [Our Reviews & Comparisons]

7 Steps to Build a Good Sound System For Your Car
How To Install a Ground Loop Isolator For Your Car
Best 6×9 Speakers: Reviews & Ultimate Buying Guide For 2023
5 Best Speakers for Vinyl (Turntables) in 2023
Best Marine Stereos in 2023 – Complete Reviews and Comparison
Single DIN vs Double DIN Head Unit: What’s The Difference? 7 Steps to Build a Good Sound System For Your Car
How To Install a Ground Loop Isolator For Your Car
Best 6×9 Speakers: Reviews & Ultimate Buying Guide For 2023
5 Best Speakers for Vinyl (Turntables) in 2023
Best Marine Stereos in 2023 – Complete Reviews and Comparison
Single DIN vs Double DIN Head Unit: What’s The Difference?
Pyle Speakers Review – A 2023 Deep Dive
How to Set Up Passive Speakers with a Turntable

7 Steps to Build a Good Sound System For Your Car
How To Install a Ground Loop Isolator For Your Car
Single DIN vs Double DIN Head Unit: What’s The Difference?
Best Bluetooth Car Kit in 2023: Review & Comparisons
How To Set Crossover Frequency For Car Audio System
Guide to Car Speaker Sizes: Which One Works For You?
Best Car Speakers for Bass in 2023 [Our Reviews & Comparisons]