Step-By-Step Instructions To Install An Amplifier In Your Car

How to Use Satellite Speakers without Their Own Subwoofer

How to Fix PA Speaker Buzz, Hum and Other Noises

7 Tips on Improving the FM Antenna Signal of Your Boombox

Step-By-Step Instructions To Install An Amplifier In Your Car

How to Use Satellite Speakers without Their Own Subwoofer

Dolby Digital Cinema made by Dolby can be viewed at AMC Theaters. Dolby has been around for years and the name has become nearly synonymous with incredible sound but Dolby Cinema started making its mark in the early 2000s, with AMC and Dolby partnering up in April 2015. Dolby Cinema frequently wins praise for its stunning technical innovation, but what exactly is Dolby Cinema?

Dolby Cinema is but one of many innovations in cinema projection and audio innovation within the last decade. In this guide, we will explore what Dolby Cinema is and what makes it such a viable film-going experience. 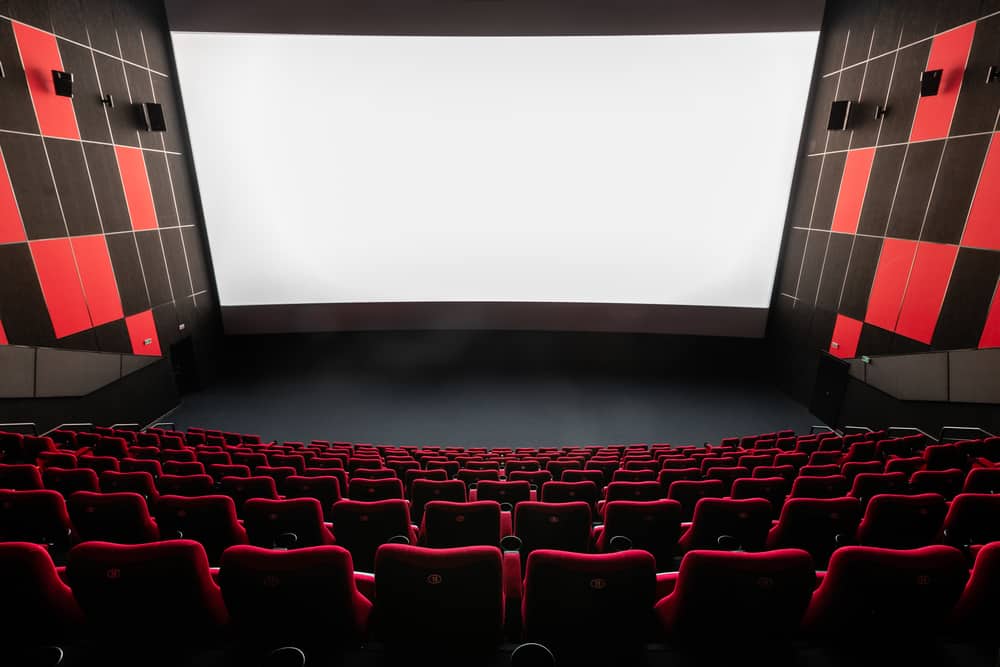 Dolby Cinema gives us images that are sharper, crisper, and have 500 times the contrast ratio of a standard projector, and twice the brightness. It’s the best HDR available. What exactly does that mean? HDR stands for High Dynamic Range – and its range is truly incredible. It will give you the brightest highlights, and the darkest blacks.

Dolby Cinema is specially designed to elevate every type of cinema experience: from big blockbusters, to arthouse films, and everything in between. You can lose yourself in the story while seated in Dolby’s spacious, reservable recliners with perfect sight lines.

After you’ve seen a movie in Dolby Cinema, chances are  you won’t want to experience movies any other way. Dolby Cinema unlocks the emotional impact of every film allowing you to see the subtle details and ultra vivid colors of Dolby Vision, and hear the immersive sound of Dolby Atmos. This unmatched combination is so lifelike — you’ll forget you’re at the movies.

Dolby gives a much more realistic effect than any other format, and is incredibly immersive. 3D glasses are not required.

Dolby isn’t just a frontrunner in picture quality, in fact, its primary advantage is its sound capabilities. This sound system is referred to as Dolby Atmos and takes surround sound to a different level.

All theaters in all formats use surround sound, so the audience can experience sound coming every which way. But Dolby Atmos makes this experience about a million times more immersive with speakers on the ceiling, and transducers producing bass effects below the viewers’ feet. As mentioned above, there are many combinations of screening formats, and Dolby also offers 3D, and it is a bit better than the basic 3D.

From standard definition, to Full HD, to Ultra-HD 4K, the resolution stakes have been climbing. But beyond that –and perhaps more importantly –is that dynamic range capture has been widening and, through HDR presentation, the depth of black levels and peak white brightness for improved contrast, along with a broader color palette, has increased considerably.

It all makes for a more detailed and vibrant picture. Which brings us to the first key point about Dolby Cinema: the dual laser system –which uses an array of HDR-capable RGB laser systems that can deliver an image with a contrast ratio greater than 1,000,000:1. That’s to say, there are over one million “steps” of discernible levels between the blackest black and the whitest white.

A typical cinema might offer a 2,500:1 contrast ratio. Which is all well and good, but moviegoers won’t necessarily care about numbers–it’s all about the image and the immersion.

If my calculations are correct then a Dolby Cinema 1275 square-foot screen would require projectors to deliver around 40,000 ANSI lumens, which is immensely bright for a screen presented in near darkness, and you can really feel that when sat in front of the image.

A third key point is Dolby 3D. Well, if it’s your thing. As 3D glasses typically negate around a stop of light, the increased brightness of Dolby Vision projection helps make for a more distinctive picture through those lenses.

Dolby also uses a different set of color wavelengths for the left and right lenses of its glasses, with the laser system’s use of six primary light sources being tuned to for the best perception of three-dimensional separation. Not that I see 3D as a key to cinema’s future, really, but the support is there.

Overall, while Dolby Cinema isn’t going to display the scale or ratio of IMAX, it certainly can be called the king of brightness and contrast. It has to be seen to be comprehended.

Dolby Cinema’s projection technology gives up to four times higher resolution and 500 times higher contrast ratio resulting in a superior screen projection on both standard and digital formats. This definitely gives it a distinct edge. There is no other format offering you a more detailed quality of vision.

That being said, IMAX does give it a run for its money with its proprietary dual laser projection technology. The flip side, though, is that most theaters using IMAX will likely have no dual 4k Laser projections needed to utilize this to its fullest potential, which still offers lesser resolution than the Dolby Cinema.

This is where IMAX ups its game over Dolby Cinema. IMAX technology displays movies with an aspect ratio of 1.90:1. This is approximately 26% more than other movie formats like ETX, AMC Prime, and Dolby Cinema. So with the taller screen and increased detail, the viewer gets a more immersive experience.

Note: Both IMAX and Dolby Cinema come in quite a few formats. So while Dolby Cinema’s resolution is higher by 4x compared to standard resolution, IMAX comes with the Digital IMAX, which offers IMAX 3D in addition to its general high resolution, contrast, and brightness. So from a micro perspective, it looks like IMAX might be the winner in this specific department.

Dolby Cinema and IMAX are today’s most standard formats for enhanced cinema technologies. While both offer great value, IMAX is better for sound and visuals, and Dolby Cinema has better audio with its advanced audio tech. Dolby Cinema is less accessible than the two, whereas IMAX is easily available in most theaters worldwide. Tickets for Dolby Cinema are pricier.

Dolby Cinema clearly is at an advantage here. Their Atmos technology is impressive enough on its own. But with theaters including Dolby Cinema AMC transducers onto their seats, what you get is a shockingly realistic and life-like experience where the ground rumbles underneath you and moving objects feel like they’re actually in the room.

While IMAX struggles to keep up, don’t let us make you think its audio game is shabby. Equipped with speakers that usually come in bigger sizes in most theaters, it gives you lots of power and clarity in its audio delivery, as well. But the immersiveness of the experience is not quite as life-like.